The only way to truly understand how the seemingly lame LA Dodgers, champions of the worst division in baseball, are steamrolling the seemingly unstoppable Chicago Cubs, the best team in baseball this year, is to be a student of baseball curses. And I’m not just talking about the curse that’s afflicted the Cubs for the past century. 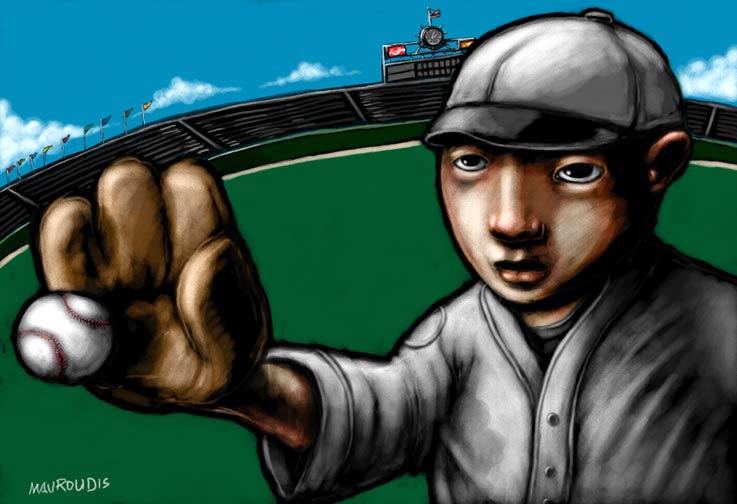 I’m talking about the theories that the San Francisco Giants have been somehow cursed since they moved to California 50 years ago. Think about it: During that half century, the original cursed team — the Brooklyn Dodgers — became the LA Dodgers, winning five World Series titles (1959, 1963, 1965, 1981, 1988). The Giants have won — zero.

Now, with the two teams marking their 50th anniversary, the Giants announced that one of their most prominent connections to New York — owner Peter Magowan, a native New Yorker, a boyhood denizen of the Polo Grounds — is retiring. And the Dodgers import native New Yorker Joe Torre, who brought Yankee mojo, and Yankee legend Don Mattingly to LA. And in the heat of the pennant race, they acquired another native New Yorker, Manny Ramirez. If baseball abandoned its AL/NL MVP voting for an MLB MVP (like every other major sports league), it would have to be Manny, whose gaudy stats (.332 avg., 37 HRs, 121 RBIs, .430 on base pct., .601 slugging pct.) led two teams to the playoffs.

I don’t care how many goats the Cubs’ sacrificed, this playoff series isn’t about them. It’s Old New York, cursing the Giants by rewarding the Dodgers again.

(Illustration is from the talented John Mavroudis, www.zenpop.com)