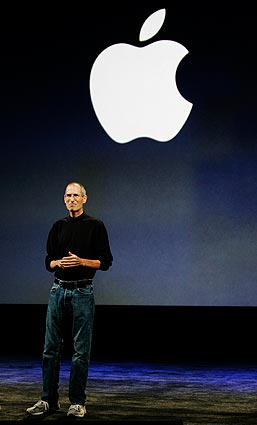 Not the big hardware announcement folks were hoping for.

And no sign of the Beatles, whose songs are still not in the iTunes catalog.

Updated at 11:12: More on the new Nano: It will also have an FM radio, microphone and speaker, and a pedometer.

Looks like that’s it. No hint of the rumored Tablet or other products.

Updated at 11:02: The iPod Nano will not just be adding a camera, as rumored, but also a video camera. You can send a video clip back to your camera or, with a click, send it right to YouTube (get ready for YouTube overload of videos!)

Updated at 10:54: Games, games, games. Jumping on the popularity of games on the iPod Touch, several new titles have been announced for the platform, including Madden NFL 2010.

Update: In a nod to the past, iTunes will offer much more in the way of graphics and information on artists, like in the days of album covers. There will be photos, lyrics and videos. Same with DVDs, there will be exclusive additional content on downloads.

Update: Additional features for iTunes announced: the Genius feature that chooses related content can be programmed to play tunes from the library in a steady stream. And apps can be managed from iTunes. If you like ring tones, Apple’s now got 30,000 of  them for $1.29 a pop.

Update: It just started and the crowd is going wild. Steve Jobs just took the stage. He had not been seen publicly for some time because of illness.

Prior to the event, some news leaked out:

IPod Touch and iPod prices have been reduced and the Cocktail feature, which gives additional digital info for albums on iTunes, has appeared on the Apple UK site.